Mountain getaways or berg breaks (‘berg’ meaning mountain in Afrikaans) are the perfect choice for travellers looking to get away from it all. Hike, relax and enjoy all the charm of a holiday in the mountains.

Mountain getaways and berg breaks are incredibly popular with South Africans and international visitors alike. You’ll love the dramatic landscapes, fresh air and acres of space to roam in the great outdoors. An escape to the mountains a perfect choice whether you’re after a luxuriously laid-back retreat or an adventurous getaway – or both.

The Drakensberg, or Berg as it’s fondly known to locals, is South Africa’s most famous mountain getaway. The Drakensberg is a natural paradise for anyone dreaming of an Alpine-Esque escape. You’ll be charmed by the soaring mountain peaks, frosted with snow in the winter or blooms in the spring.

The Drakensberg may be South Africa’s most iconic mountainous region but it’s certainly not our only ‘berg’ escape. The Western Cape’s Langeberge and Cederberg mountain ranges offer stunning rugged scenery and unique off the beaten track charm, often hiding healing thermal hot springs. Mpumalanga’s Panoramic Route also offers some mountain retreats, perfect for those looking to add some ‘berg’ to their bush break.

You’ll love mountain getaways in South Africa. Not only are they ideal to escape the daily grind, with a whole host of outdoor pursuits on offer, but there’s a perfect berg break for you year-round, whether you’re after a day trip, weekend getaway or longer holiday.

Where to go for on Mountain Getaways

You’re spoilt for choice with where to go on mountain getaways in South Africa. Go north or south in the famous Drakensberg or stick to the Central Drakensberg. Many travellers favour a Northern Drakensberg holiday because this is where the majority of the tallest mountains can be found, boasting unbelievably beautiful snow-capped peaks in the winter.

This is also where you’ll find the Royal Natal National Park, part of the uKhahlamba Drakensberg Park, a UNESCO World Heritage Site. In the Western Cape, the Langeberge mountain range and the Cederberg are two popular mountain getaways in the province.

The quaint little town of Montagu lies on Route 62, just two hours from Cape Town. Surrounded by the Langeberge mountain range, the area is famous for its mineral rich hot springs that bubble from the earth.

Travel north from Cape Town and you’ll stumble across Citrusdal, a tiny town and mountain resort nestled in the Olifants River Valley at the base of the Cederberg mountains. Similar to Montagu, the area is renowned for its hot springs plus its acres of citrus orchards.

The Cape Winelands may be most famous for their endless vineyards and wining and dining, but the area also offers spectacular mountainous scenery and outdoors activities.

About two hours from the Cape Winelands, you’ll find Swellendam in the Cape Overberg region, lying between the Langeberg Mountains and the Breede River. Mpumalanga may be most famous for its half of the Kruger National Park and the panoramic Blyde River Canyon but hidden at the foothills of the famous Long Tom Pass surrounded by the highest peaks in the province - the Steenkampsbeerg and Mauchsberg mountain ranges – lies the tiny mountain town of Lydenburg. The rugged scenery boasts a wide variety of flora and fauna and superb rapids and trout-filled rivers. 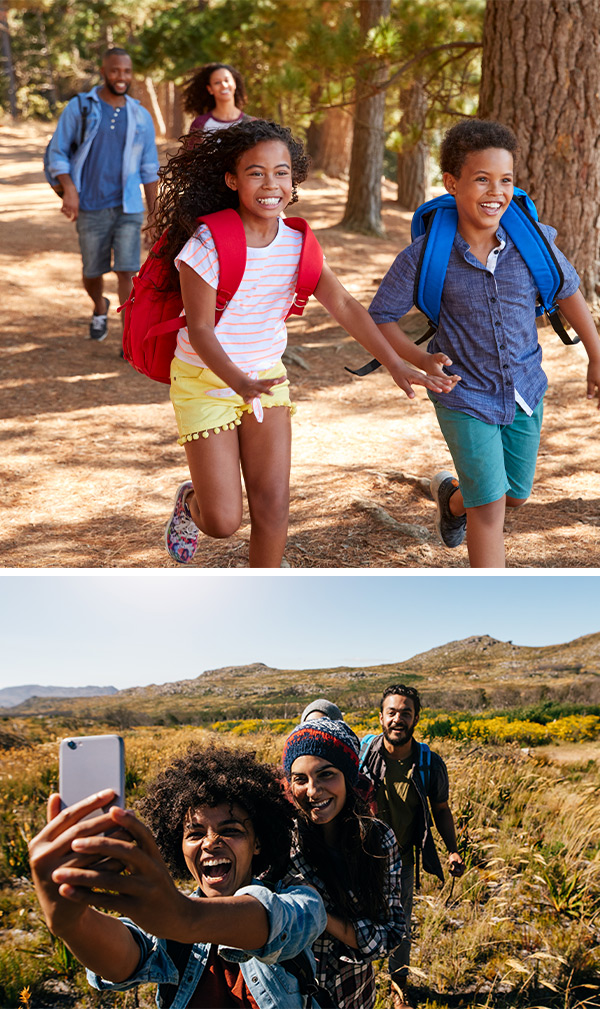 Aside from hiking, fishing, biking, horse riding and cosying up next to the fire in a local pub or restaurant, mountain getaways in South Africa offer a plethora of things to do. You can do as much or as little as you please! 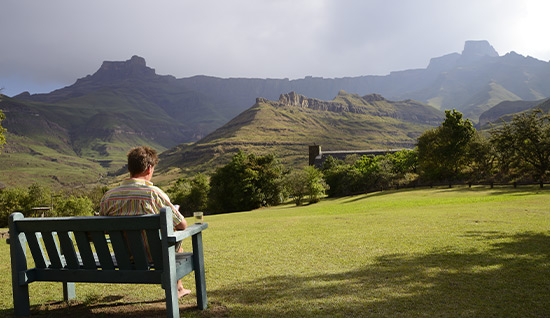 What to do in the Drakensberg: 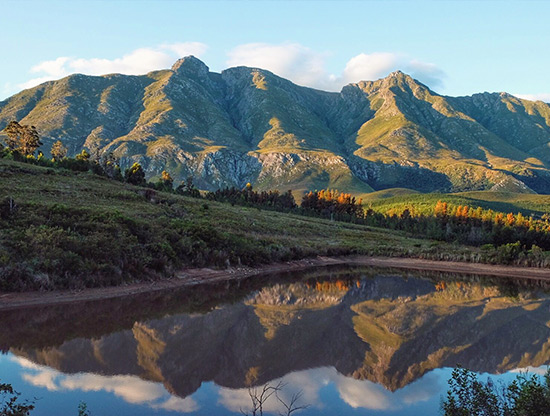 What to do in the Western Cape:

What to do in Mpumalanga: 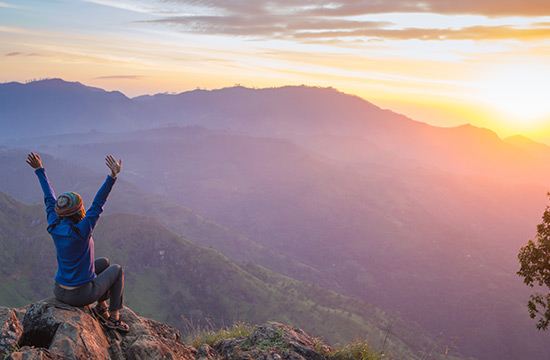 Most travellers embarking on mountain getaways and berg breaks are headed there with outdoor pursuits on the agenda. Mountain getaways offer something beautiful in every season so when to go all depends on the experience you’re after.

Wherever you are hiking, be sure to get local advice on the trails, safety regulations and save the relevant emergency numbers.

Pack for all weather – temperatures are often temperamental in the mountains. Always pack warm layers – it may be chillier than you expect, especially after sundown.

Many mountain getaways are accessible with a normal road vehicle however you may consider hiring a 4x4 depending on your itinerary in the Drakensberg.

There’s something for every type of traveller, no matter which mountains you’re chasing! Mountain getaways provide travellers with a reprieve from the hustle and bustle of daily life, offering silence and serenity, along with access to a variety of interesting activities to keep the whole family entertained.

The most charming accommodation options for a memorable Drakensberg holiday promise a distinct Alpine and cosy laid-back feel. A firm favourite in the Drakensberg is Little Switzerland. With a name like Little Switzerland, that alpine charm is expected – and it’s delivered in heaps at this incredibly charming, affordable family-friendly resort nested at the foot of the Northern Drakensberg. The 100-year old resort is a local institution. Travellers are spellbound at the quaint Alpine chalets offering breath-taking views of the mountains. Little Switzerland is a cosy base from which to explore all the outdoor delights of the Royal Natal National Park and is a two-hour drive to the charming Midlands Meander. 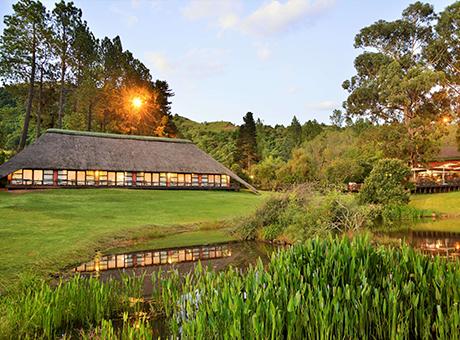 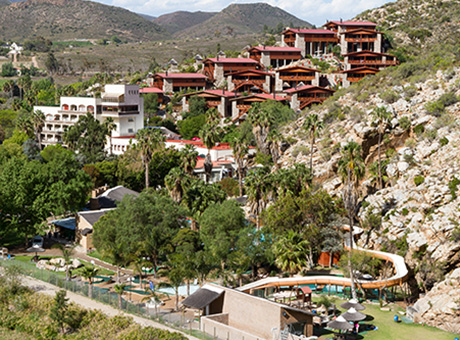 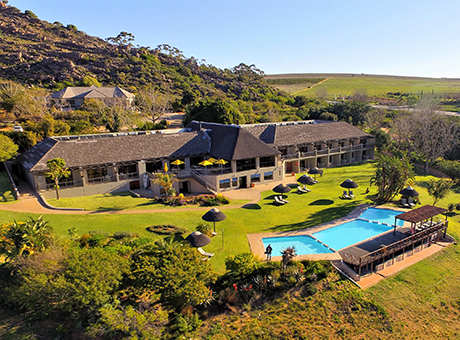 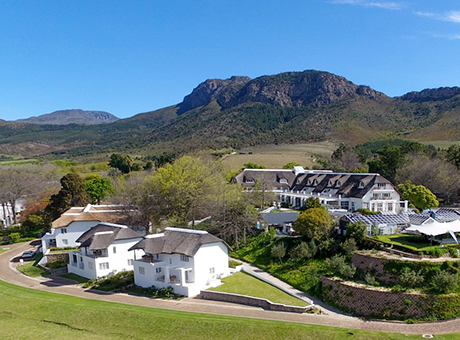 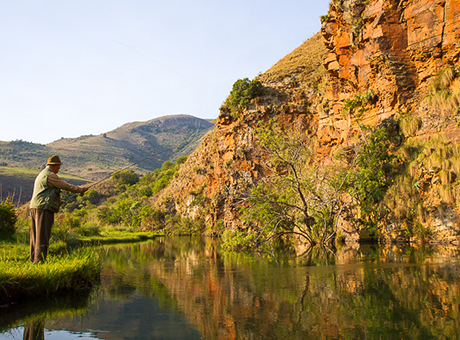