JOHANNESBURG 22 September 2019 – Dream Hotels & Resorts is encouraging South Africans to explore Zululand in KwaZulu-Natal this Heritage Day, which is another one of the country’s important historical areas.

Offering visitors a range of authentic experiences, Zululand covers approximately a quarter of the KwaZulu-Natal (KZN) province, and is also generally considered a quieter spot on South Africa’s tourist map.

“It is a less-explored region of the country, where visitors can immerse themselves in the traditions of the isiZulu people,” says Brent Dickson, Director of Dream Hotels & Resorts Director.

“With endless rolling hills, historic battlefields, beautiful lakes and wildlife-rich game reserves, Zululand ties in perfectly with the slow tourism movement, a philosophy of travelling with patience, taking the time to explore and engage in one’s surroundings fully,” he adds.

Dream Hotels & Resorts has made a significant investment in this region over time, with three properties in their family of hotels and resorts, including Nibela Lake Lodge in St Lucia (Isimangaliso Wetland Park), Jozini Tiger Lodge & Spa overlooking Lake Jozini (Pongolapoort Dam) and, the latest addition to the group’s portfolio, Royal Thonga Safari Lodge, situated in Tembe Elephant Park.

Many places within South Africa are jam-packed with heritage routes, and Zululand is no different.

“The route is exceptionally scenic, taking travellers past sugar cane fields and rolling hills that are dotted with traditional settlements and ubiquitous goats. It is a destination that can easily be explored at your own pace,” Dickson explains.

What also makes Zululand a favourable destination for local visitors is that it is completely malaria-free. It boasts all the members of the Big Five in the game reserves of Hluhluwe-Imfolozi, Phinda, Mkuze, Tembe Elephant Park and Itala.

“It’s a local destination where you can move at the pace of nature, and where the focus of the holiday is the pure pleasure of travelling,” Dickson maintains.

At Tembe Elephant Park, visitors can witness some of Africa’s large tuskers and embark on day trips to Kosi Bay. The beach is one of the few places in the country to track leatherback and loggerhead turtles when they come ashore to lay their eggs from October to February.

Jozini Dam on the Pongola River also provides a rather dramatic doorway into Mozambique. Together with Lake Sibaya and Lake St Lucia, it forms part of the three main lake destinations to visit within the region.

“The surrounding reserves of Jozini forms a protected area of more than 30,000 hectares. It’s a game-viewing by boat and tiger-fishing mecca that flies very much under the radar from tourists,” adds Dickson.

Aside from Route 66, visitors can also self-drive along the N2 through the iSimangaliso Wetland Park, a World Heritage Site home to crocodiles, hippos and flamingos, as well as the rare Pel’s fishing owl, and South Africa’s only breeding population of pink-backed pelicans.

“Visiting Zululand around 24 September is significant, particularly as the Heritage Day holiday was first celebrated here when it was still known as ‘Shaka Day’,” Dickson explains.

“With so much to see in this region, Zululand is another fantastic option for South African families' year-end break, when they can take even more time to discover this enigmatic destination.” 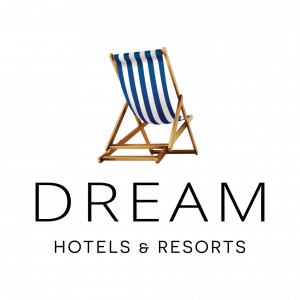 About Dream Hotels and Resorts


Founded with the belief that people are connected through shared memories, Dream Hotels & Resorts was established with the dream of creating lasting memories by providing the right canvas: a varied portfolio of resorts and lodges including exclusive membership and ownership opportunities in South Africa’s most sought-after holiday destinations. Dream Hotels & Resorts’ mantra across its 21 properties, ranging from the iconic Blue Marlin Hotel in Scottburgh, the Peninsula All-Suite Hotel in the Western Cape to Le Franschhoek Hotel & Spa in the beautiful Cape winelands all the way to Finfoot Lake Reserve situated in the Greater Pilanesberg, is to provide an experience that makes the guest feel like the only guest. This “One Guest” approach centres around exceeding expectations to provide guests with the dream holiday they deserve.