Stop to smell the wildflowers 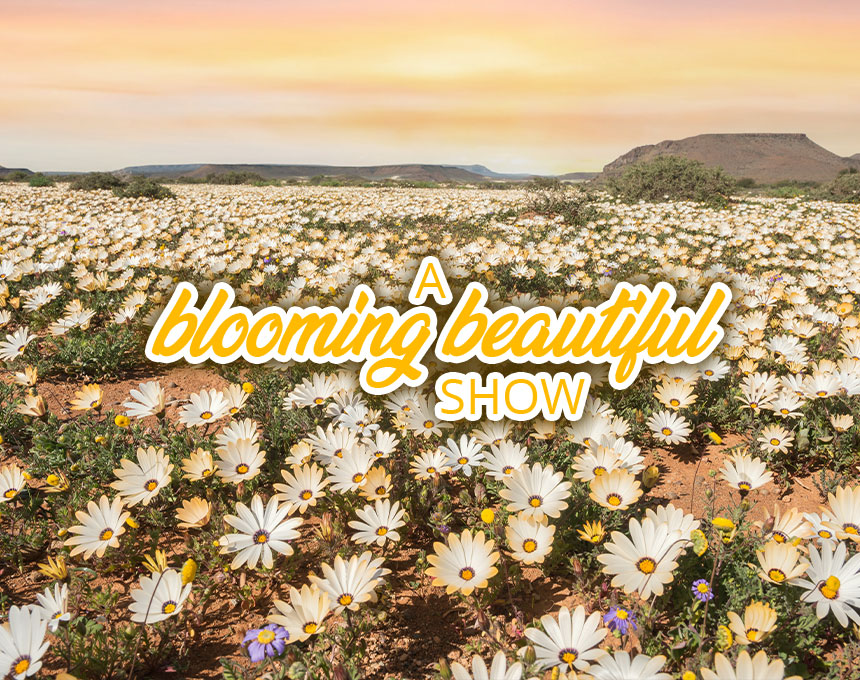 Every year between August and October, South Africa’s West Coast undergoes a magical transformation. Within a matter of weeks, the landscape explodes with colour as new flowers burst from the ground.

This is wildflower season — an annual event marking the build-up to spring, when migrant birds arrive from up north, tiny insects and reptiles make their appearance and antelope munch down on delicious new shoots.

The arrival of the Cape wildflowers is a wonder to witness, with scores of nature-aficianados heading westward to marvel at this spectacular display of nature.

Interested in seeing it for yourself this year? While the first day of September traditionally marks the beginning of spring in South Africa, our Cape wildflowers don’t really care about sticking to a schedule.

The timing, duration and amount of flowers depend on the spring rainfall, and the absence of the warm berg wind. Typically, the final weeks of August through to mid-September are regarded as the best times to view. However, in past years, early rains have ensured flowers blooming as early as July!

How to get your front-row seat

In order to take full advantage of the show, grab the car keys and embark on a self-drive up the West Coast. The great irony of wildflower season is that it falls in the low season for travel in South Africa, which means better prices and fewer crowds, making your experience all the more exclusive.

The West Coast National Park is the go-to, as are the towns of Yzerfontein, Hopefield and Darling. The local dorpie of Citrusdal, where Piekenierskloof Mountain Resort is situated, presents another hotspot for flower spotting. As does Clanwilliam’s Wildflower Garden in the Ramskop Nature Reserve, which features more than 350 flower species, along with jaw-dropping views of the Clanwilliam Dam and distant Cederberg Mountains.

Ready to discover the Cape Floral Kingdom during wildflower season? Here are a few of our favourite floral delights to keep an eye out for this year:

With so many colours to choose from, there's no reason not to love the African daisy, also known as the African Cape Marigold. This flower is not only hardy but also features its own silver foliage for optimum visual effect.

Spotlight on the South Coast: The greatest shoal on Earth