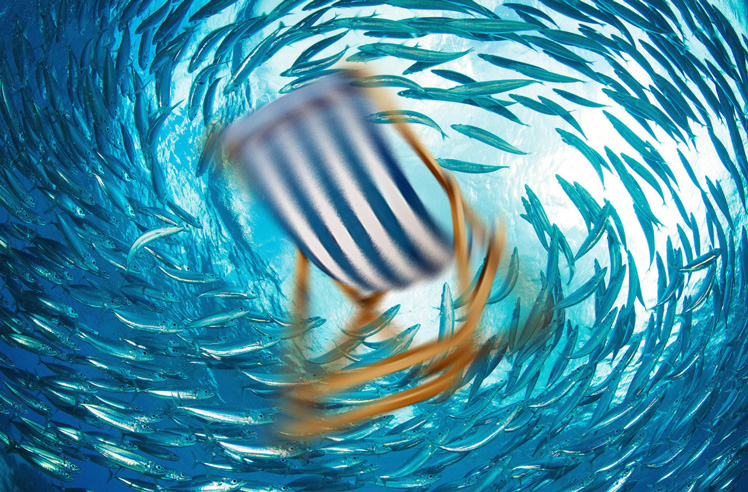 The Silver Shores of KZN

"Each year in June or July along the KwaZulu-Natal coast the word gets out and, within hours, crowds of people converge on the area to join sharks, gamefish, marine mammals and birds to witness the feeding frenzy.

It is a time of plenty for all as large shoals of sardines move in a band up the coast. Fresh, frozen, canned, pickled or bait - whatever way you consider them, sardines (also known as pilchards) will have featured somewhere in the lives of many South Africans. Like their close relatives, the anchovies and herrings, sardines live out their lives in huge shoals in the surface layers of the ocean.

Although these fish are small, collectively they comprise nearly a quarter of the world's fish catch by weight, making them one of our most valuable groups of fish."