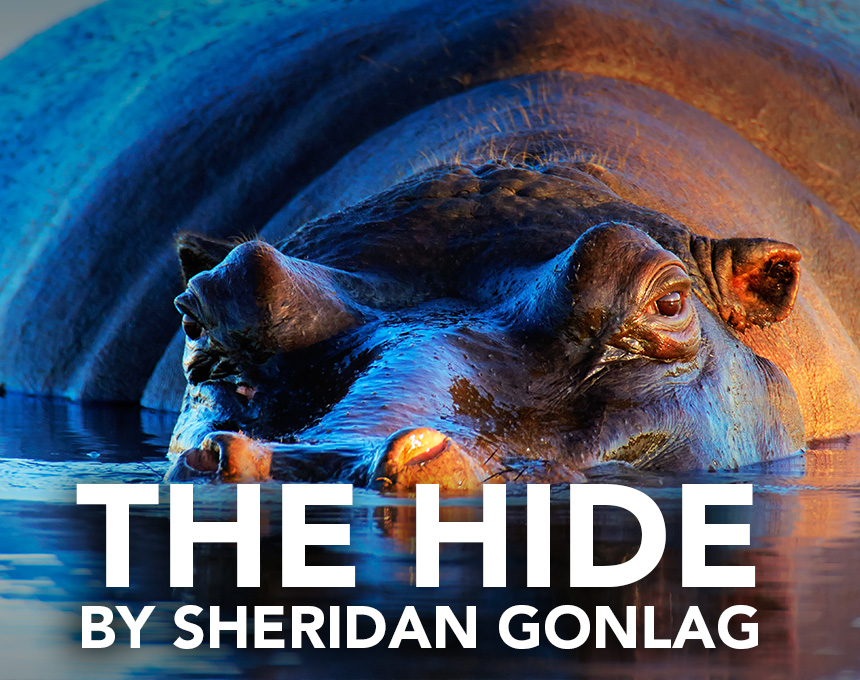 As I approached the rustic hippo hide a sense of pure tranquillity over took my body. As I entered the hide it was as if I had entered a new world, completely untouched by man. The hide consisted merely of wooden slats that has been nailed together, yet this simple structure emanated an aura like no other. Tala Private Game Reserve was proving to be a gem, completely exceeding my expectations.

I took up a seat in the front corner of the hide, placed my binoculars in front of me and peered out onto the dam.  A cool breeze began to filter through the hide providing me with some relief from the scorching African heat.  Despite the heat the dam was a hive of activity as the animals relished in the cool water. A thunderous call echoed across the surface of the water as a pod of hippos surfaced only metres from the hide, completely oblivious to my presence. As I began counting the pod I noticed that one female was segregated from the rest of the group, so I remained still in order to continue observing the pod undetected. Within a minute the reason for her segregation become obvious as her tiny new born calm surfaced next to her and proceeded to climb onto her back. The youngster surveyed the rest of pod from his perch before turning and jumping back into the cool water alongside his mother. These grey aquatic giants truly were a marvel to behold and observe, in the confines of their natural domain.

As the pod moved off an all too familiar sound broke the silence once again sending shivers of excitement down my spine. The African Fish eagle swooped from his perch, his gaze locked onto a fish swimming just below the water’s surface. Moments after making contact with the water he emerged from below the surface, a few beats of his impressive wings and he began to rise with a large bass clenched tightly in between his talons. As the day drew to a close so too did my adventure out in the bush. The soft light from the setting sun bid me farewell as I departed from the reserve, only to hopefully return another.

Return to the Kruger, a land before time…
Your 2018 SA bucket list in Franschhoek