South Africa through a view finder 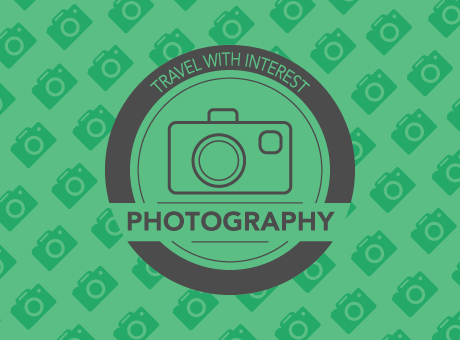 South Africa is a vast, diverse country in people, places, cultures, climate, terrain, and wildlife. The former tourist slogan of "a world in one country" was remarkably accurate! With so many subjects, the photographic possibilities are endless; whatever your photographic passions, you should be able to fulfill them here, but landscapes and wildlife photography offer the greatest opportunities.

Cape Town
Cape Town, sandwiched between mountains and the sea, is often said to be the most beautiful city in the world. There are many nice old buildings nestled in amongst the more modern skyscrapers. Highlights within the city include the V and A Waterfront area, an unashamed tourist attraction made from a formerly rundown dockside area filled with shops and restaurants, an IMAX cinema and a nice aquarium Bustling at the right time of day, it's good for those that like street life photography, and also shots of the harbour and boats. Table Mountain is basically a must see and do. Kirstenbosch Botanic Gardens is also fantastic. For some really neat plants, head over to the display of succulent plants from the west of the country. A trip down to the Cape Penninsula is practically obligatory, although the actual southernmost point of the continent is Cape Agulhas. You could spend a lot of time in Cape Town and the surrounding towns; the coastline is pretty dramatic, and there are some nice mountains around the place. Look on a map for long and winding roads; these are likely to have interesting scenes. Don't forget the other towns surrounding Cape Town itself which have slowly been swallowed up as Cape Town has expanded. Inland you come across some nice vineyards and their associated Cape Dutch style houses.

Pretoria
Pretoria is the administrative capital of South Africa, with most embassies and consulates located here. Pretoria is characterised by wide jacaranda-lined streets. The jacaranda tree, which is native to Brazil, but was planted extensively all over South Africa, blooms beautifully in October. The Voortrekker monument is a very impressive monument to commemorate the acheivements of the Boers in their treks across the country. The impressive Union Buildings might also be worth a visit. Pretoria is a much more relaxed place; the high fences and other security measures so typical of much of Jo'burg are much less obvious here.

Durban
Durban is South Africa's playground, as are the other coastal towns along this stretch of coastline. During the December holidays, unbelievable numbers of "vaalies" descend on the city and flock to the beaches, covering almost every square inch of sand on the beachfront. To avoid the land and sea sharks, head down to the local airport and rent a Cessna to take an aerial photograph of the packed beaches. Durban has an interesting mix of cultures, starting with a very large Indian community. There are large Hindu temples, Mosques, and the largest Hare Krishna temple in the Southern Hemisphere! Durban has one of the busiest harbours in the world, filled with large container ships and tankers.

The Transkei
The Transkei, now a part of the Eastern Cape was one of the apartheid government's puppet states, complete with its own capital city, international airport and government, albeit unrecognized by any country other than South Africa. The Transkei is perhaps the most beautiful of the former puppet states. Cliffs and rolling green hills dotted with strelitzias and aloes plunge into the sea. The coastline is so rugged that a trip from one town to the next is either a multi-day day hike along the coast, or a drive of several hundred kilometers inland, along the N2, and then back to the coast along another road. The hiking trails along this stretch of the coast are awe-inspiring, and the region is well-served by backpacker hostels. The little round mud huts with thatch roofs are also photo worthy.

A runner’s paradise
Experience our heritage